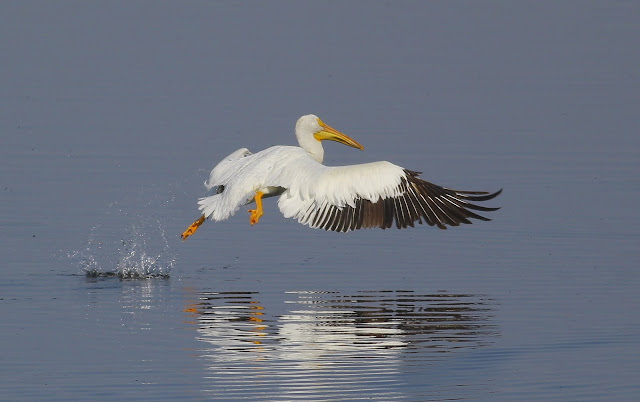 Pelicans in Michigan? Preposterous.
A pelican sighting is a strange occurrence around here and worthy of a write up in the local papers when one does fall out of the sky and onto a Michigan lake. It's the kind of thing Grandpa would have reminisced about as he cleaned his dentures before bed, so rare and remarkable was the experience. Such sights are lately becoming more common here in the Lower Peninsula.
I postulate now that American White Pelicans are on the move from the high plains of North Dakota and Manitoba pushing their migratory boundary eastward to include the Great Lakes. Be warned Michigan, it's probably only a matter of time before they start breeding here too. This is my own and highly undocumented sense of the coming storm.
Huge flocks of pelicans congregate for the spring breeding ritual just east of the Canadian Rockies on islands situated inside inland lakes where the rookeries are better protected from predators with a natural mote. Their wintering grounds run along the California/Mexican Pacific rim and the Gulf coast. From my readings I gather that where you find these pelican rookeries you will also see cormorants and gulls as part of the fish loving entourage. On their own, white pelicans can put a beating on a fishery. A single bird, weighing in at thirty pounds, will eat more that half it's body weight in fish daily. Consider also that the birds have mastered the art of hunting in floating packs. When surrounding a school of fish pelicans beat their wings and plunge their bills into the water driving panicked schools shoreward toward the shallows where the feeding frenzy can begin. Hundreds of pounds of fish can be consumed in such a sitting. A mass migration of pelicans would mean a new nightmare for Great Lakes sport fishermen who already pace the floor nightly worrying about the Asian Flying Carp invasion that appears immanent. But that's another story. Michigan's lakes offer the Federally protected pelicans a shining opportunity as their numbers increase again. Who could blame them for being smitten with the Mitten but can we be expected to accommodate these needy immigrants? 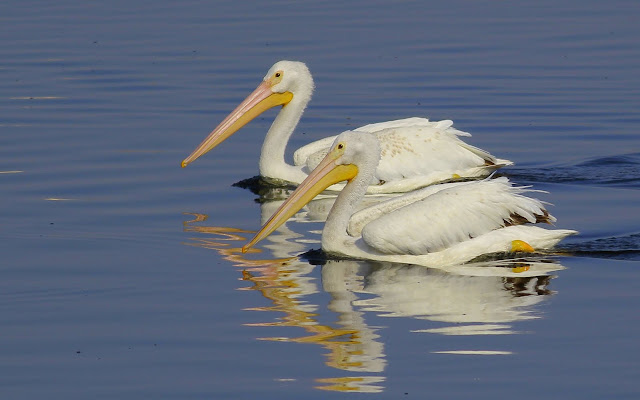 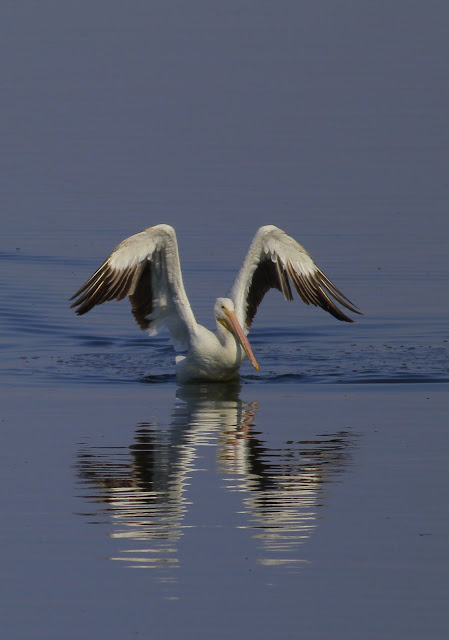 Immigration can be a touchy subject depending on what part of the world you live in. As a regions resources dwindle the living must skedaddle or stay to compete in a system whose rules have change. Migration plays a supreme role in the interplay between all living things. Animal, plant, insects, you name it. We generally first experience the issues of immigration in our early days of school when it arrives in the form of the new kid in class.
The new kid's challenge comes down to fitting his puzzle piece securely into a bewildering new picture. The classic suspicious loner.
The class forms a more complicated social structure that must make room for the stranger. They have their vested interests and alliances to consider. Whose point of view should take precedence?
When migration occurs on a larger scale the unsettling dynamics are similar to school yard politics. Emotions get hot, rumors run wild, and the bullies seek a victim.

Immigration and migration is at it's essence the insatiable movement of life around this planet.
We are all immigrants.
Okay tough guy, go ahead and try to put a stop to it. 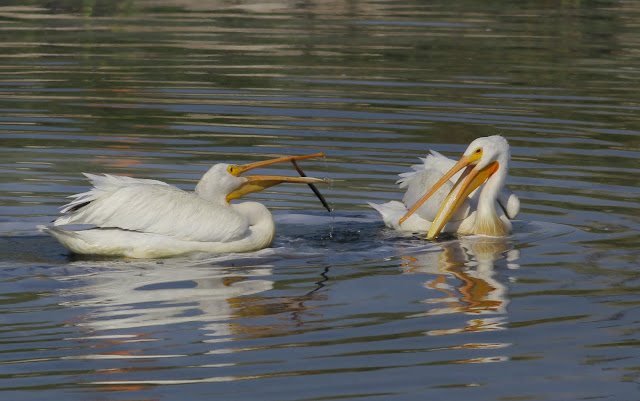 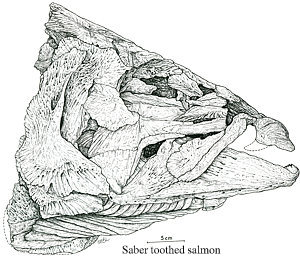 Pelicans are used to this migration business having seen a lot of it in the 35 million years they have flown the skies of planet Earth. That's about the same time our primitive ape ancestors also set up shop and began their journeys. A lot of creatures have come and gone in the pelicans time. They once fished for saber toothed salmon for goodness sake!
The White European pelican and the American white pelican are extremely similar even though their territories are eight thousand miles distant. It is thought that in those warm pre-ice age days there was a single flock of ancient white pelicans that fed near the warm arctic ocean waters. The group was split in two when the great white North reemerged and pushed them down the two separate continents toward the equator.

The fossil record below is believed to be that of a pelican bill and neck bones from about 30 million years ago, a design so successful we see it today as it was then, virtually unchanged and apparently perfected.  For what it's worth Pelicans can claim seniority status in our emerging world.﻿

All of the world's seven varieties of pelicans are spectacular to see in person. The American White variety are among natures largest flying animals with a wing span nearly nine feet across. Their disposition seems to be that of a gentle giant. Due to the loss of suitable wetland habitat pelicans have often been pushed out of their traditional breeding grounds. Are they on the move again, playing the survival game like they have for tens of millions of years? Probably. Thanks this time to those annoying little terrestrially bound apes that have recently evolved into Us, the latest wild card challenge to the White pelicans quest to peacefully fish the wetlands of planet Earth for another thirty thousand millennium. 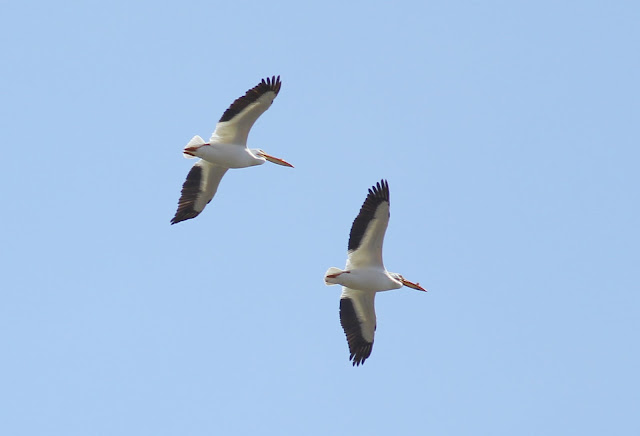 #1. Simply copy the above picture onto your W.B.W. blog entry. It contains a link for your readers to share in WBW. Or you can copy this link on to your blog page to share W.B.W. http://pineriverreview.blogspot.com/
#2. Come to The Pine River Review on Tuesday Noon EST North America through Wednesday midnight and submit your blog entry with Linky.

#3. Check back in during the course of the next day and explore these excellent photoblogs!
The idea of a meme is that you will visit each others blogs and perhaps leave a comment to encourage your compadres!

Come on it's your turn!﻿