Under Florida Skies at Last!

Standing on the brink of the tropical Ocean, with the infinite lapping at your toes,  instantly blows a winters worth of cob webs out of your head. It's the magnitude and the shear wildness of "The Deep" that effortlessly fills even the calloused soul with reverence.
A serendipitous lens aberration added a nifty new moon to Earths heavens.

Florida! Vacation at last! Toothache? Yep. Suzanne and I arrived at the Holiday Inn Lido Key Sarasota last Wednesday and wouldn't you know it, a thousand miles from home on day one and my jaw starts aching. That's about as pitiful as vacation karma gets. We put a call into our Dentist and between Motrin and penicillin I was able to keep a smile on my face in spite of a tooth that would eventually require a root canal.

There was a lot to smile about. 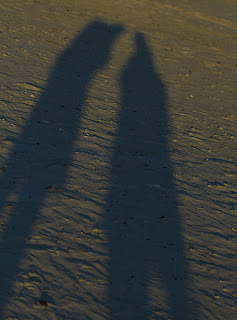 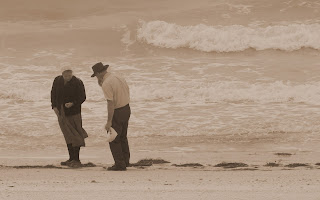 Suzanne and I huddle on the beach formulating our plans for the next five days. Fortunately for our shadows, the airline hasn't thought to charge extra to take them along. It cost three dollars to use the arm rest.  Just Joking!
About the last thing we were expecting to see was an Amish couple beach-combing for shells. What did we know? We're only tourists, shy and awkward on this brave new beach.


Skimming For a Living 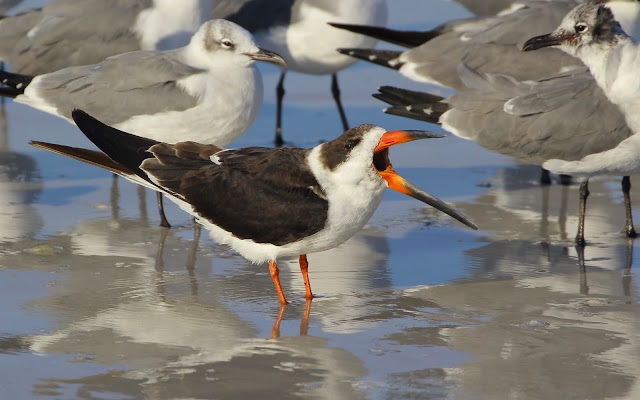 We began to meet the natives right away. This fine fellow is a  Black Skimmer (Rynchops niger) who is built to fly low and drag his lower knife like beak through the surf in search of fish. Hardly a conventional design, the protruding lower lip fishing technique  has been copied by only the Indian and African Skimmers and of course, several million pouting teenagers. The Skimmer warrants our concern because we humans covet the beaches these birds nest on. Folk here in Florida have been known to form human chains around breeding sites during fireworks displays to protect the young from marauding gulls when the frightened parents take to the air. 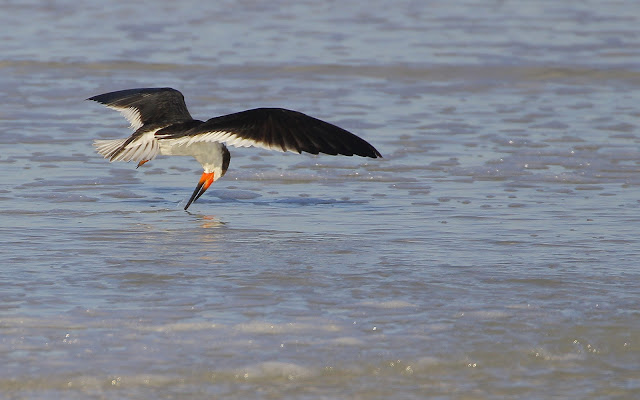 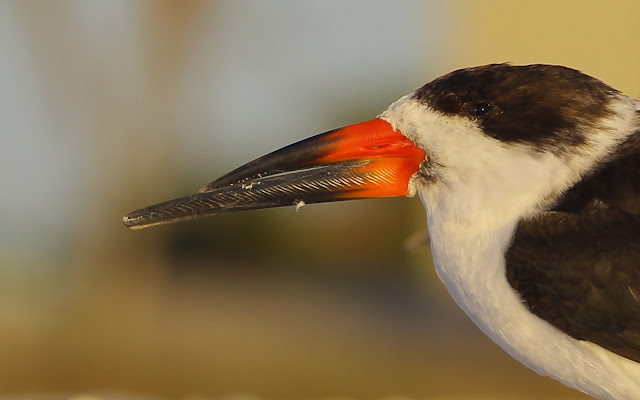 A Wonderful Bird is the Pelican
Another strange bird that is easier described with pictures than with prose is the omnipresent Brown Pelican. In the series that follows I hope to show some of the weird poses this miraculous animal assumes as it spends it's days dive bombing the surf for fish, the only one of the seven pelican species to do so. The fossil record indicates the pelican has survived as a coastal fish eating bird  for close to  35 million years. We pause to remember the scare we had with their diminishing numbers in the 1960's brought on by our clumsy use of the insecticide DDT.
While a pelican looks like it was designed by committee, the brilliance of its functionality is awe inspiring. I have found a wonderful web sight that describes the California Brown Pelican if you are interested in its fascinating physiology and behavior. 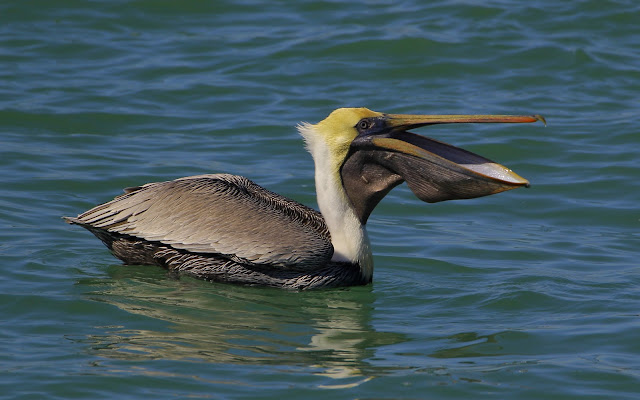 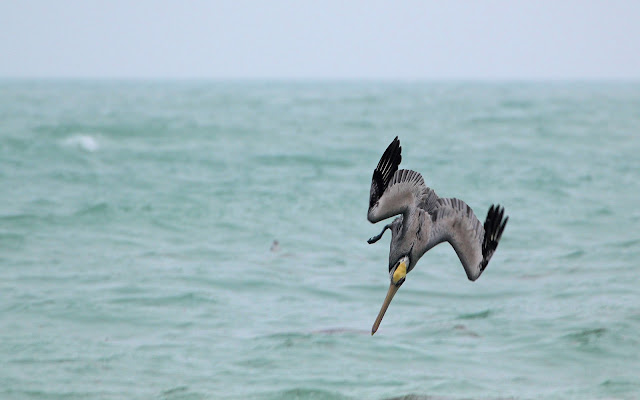 A wonderful bird is the pelican, 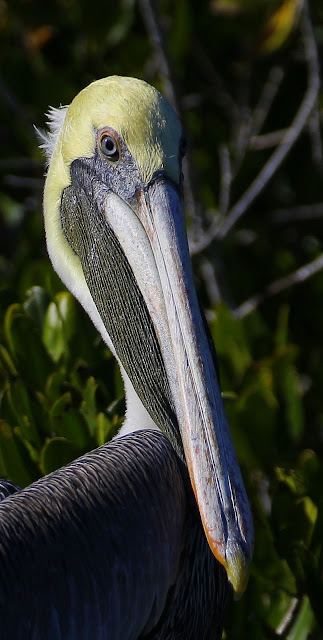 His bill will hold more than his belican,
He can take in his beak
Enough food for a week
But I'm damned if I see how the helican! 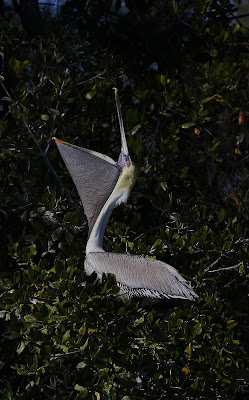 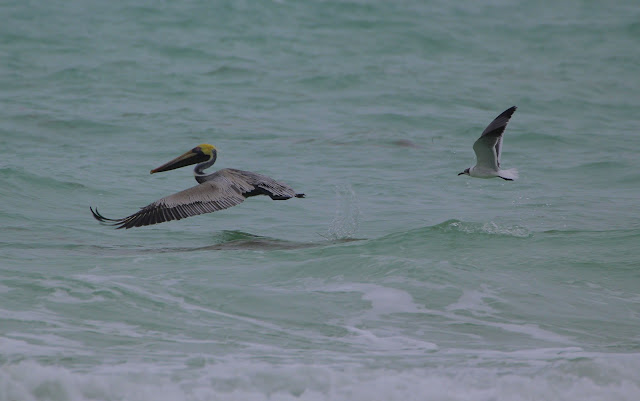 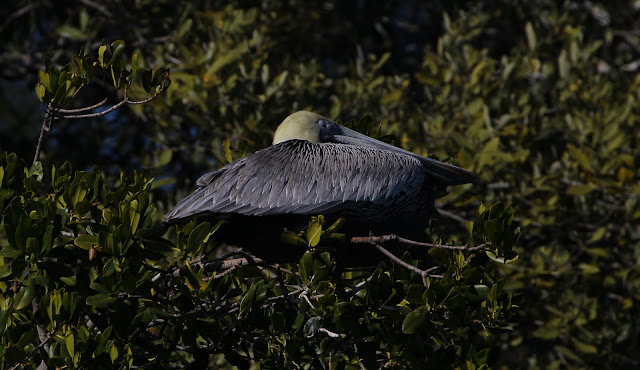 Posted by Springman at 2:31 PM