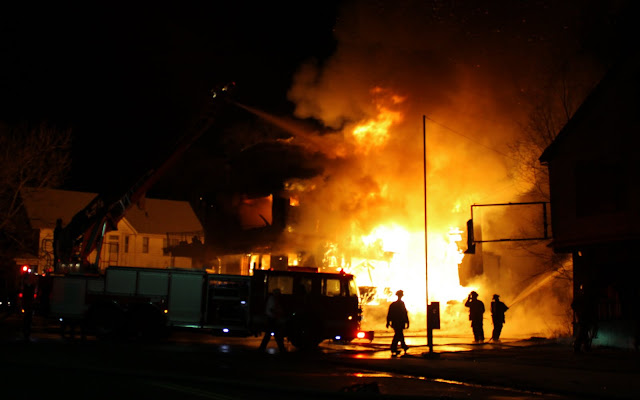 Here in the devastated East side neighborhoods of Detroit where arson fires have been burning up the housing stock for decades, the land has slowly changed character. Where endless neighborhoods of single family dwellings once housed the blue collar citizens that put the world on wheels now all that remains is the haunting skeleton of what was the fifth largest city in the United States. The wealth created from this Twentieth century manufacturing giant has dissipated and the latest economic downturn appears to be just another shovelful of dirt heaped on Detroit's virtual grave. I make my living helping to put out the fires that rage nightly in my old hometown and all of us who serve have seen the icons of our growing years go up in a literal column of thick dark smoke.
As the dilapidated buildings slowly work their way through the snarled bureaucracy they're eventually torn down and their foundations are filled with dirt. In natures patient way a new ecology has come to dominate. Blocks of unmowed open fields strewn with wild bushes and fallen trees have made for the perfect conditions necessary to support what we affectionately call City Chicken, a bird you know as the Ring-necked pheasant. The pheasant is a tasty game bird, native to Eastern Asia, that came to North America in the 1880's to supplement stock for hunters whose favorite field prey, the partridge and quail, were diminishing in those years. 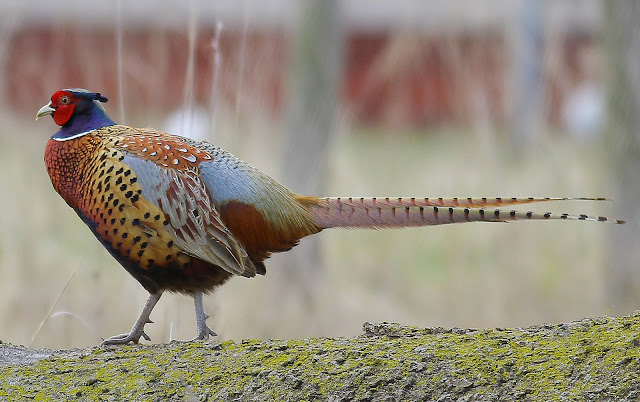 The pheasant took well to the small family farms of early America whose 10 and 20 acre fields where bordered by hedges that gave cover for the nesting birds. In 1940 there where 190,000 farms in Michigan and by 1990 the number had shrunk to 60,000. The vital hedgerows where torn up to make way for the larger farm fields.﻿ Modern farming methods such as fall plowings and the early and often cuttings of hay fields also cut drastically into Ring-necked pheasant numbers in rural counties.
In the growing, tangled patchwork of neglected city blocks these tough birds compete successfully with the stray dogs, cats and rats that roam the mean streets. As Detroit depopulated from over two million residents when I was born in the 1950's to just over seven hundred thousand these days, the wily, opportunistic pheasant has found an unexpected sanctuary from the sportsman's shotguns and the farmers plows and chemicals. It seems that our 1.3 million population loss is, quite literally, their gain. 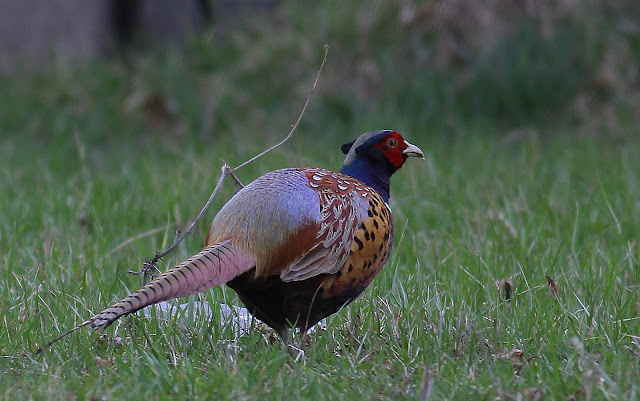 City Chicken is also the name of one of our favorite firehouse meals. It has been made at our engine house since it was opened in 1899. City chicken is a concoction made of veal and pork chunks pushed on a stick, breaded,  fried and than baked hot for an hour or two or three. It is usually served with mashed potatoes and gravy. Here's the recipe!
Below in the distance sits the 112 year old quarters of Engine 23 with an open meadow now emerging from the old cityscape. There's City chicken in the oven of that hallowed building, and now City chickens in the field across the street too. 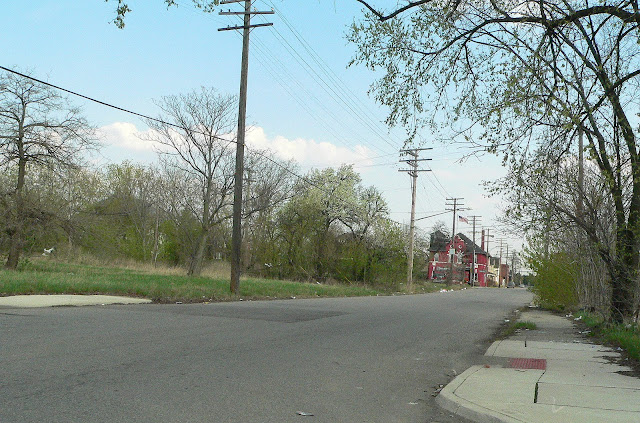 Posted by Springman at 8:11 PM