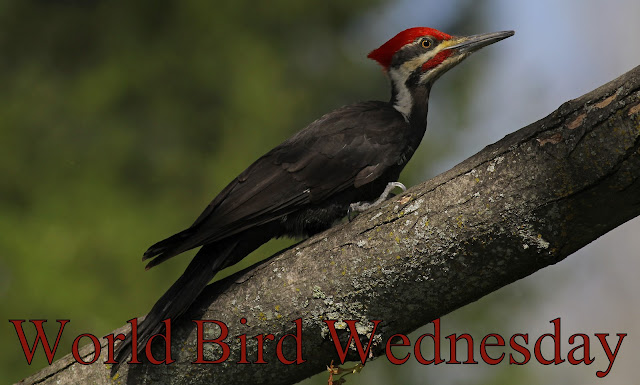 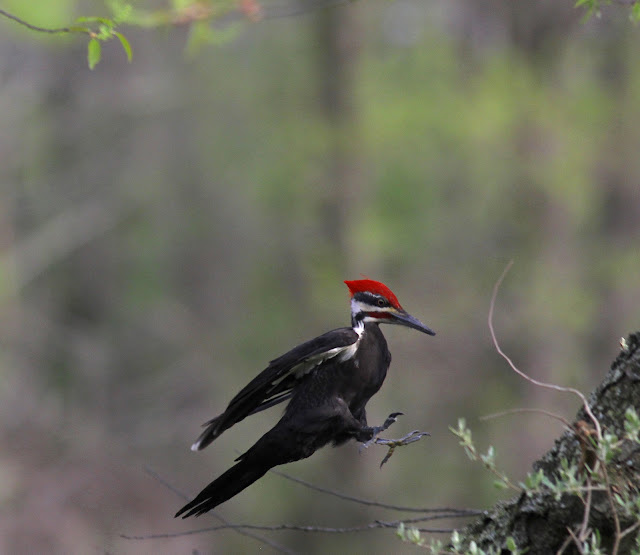 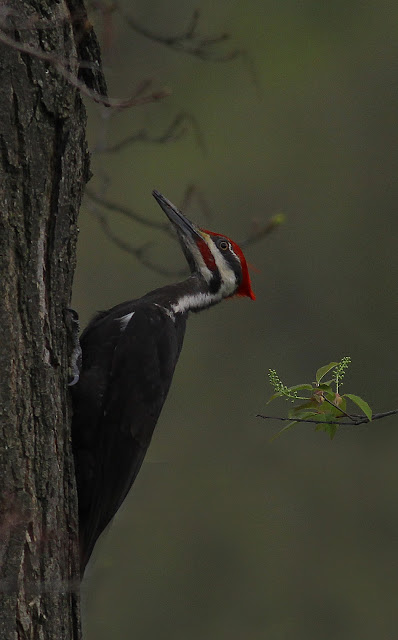 It hasn't been a great half-century for woodpeckers in North America, in all likelihood two woodpecker species on this continent; the Ivory billed of Cuba and the American South, and the largest woodpecker in the world, the Imperial of the old growth forests of the Sierra Madre Mountain Range in  Eastern Mexico, have had their extinction moments. Pause for thought.
But are they extinct with a capital E? Is there still hope? Are these confounded Ivory-billed woodpecker sightings true?
Who the heck knows...
Still, you can't help but get that sick feeling in the pit of your stomach now that the Ivory-billed is being called the Elvis bird. When a hopeful sighting of the missing woodpecker comes in from the Arkansas "Big Woods" it never arrives with a picture. Usually the lucky person who spots the world's rarest bird somehow fails to drop their binoculars and pick up their camera in time. There's more evidence of Sasquatch.
Cornell University has verified a 2005 video, the Luneau tape, as having an Ivory-billed woodpecker in it. This is the only visible proof that these birds survived into the new millennium. Cornell has justly earned its considerable reputation and their analysis of this vaunted video rivals anything done to the much clearer film of the Kennedy Assassination. On the reliability of their findings valuable resources were rushed to aid what may have been the last Ivory billed woodpeckers then on the planet. It hasn't gone so well since. 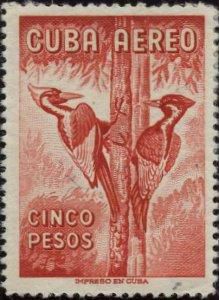 In a world where good news is acutely needed, the undoing of an apparent extinction deserves our time, money, and resources. There are none but the worse cynics that hopes the Imperial and Ivory-bill are gone, but without a conclusive picture, support for the expensive search process has begun to fray around the edges.
Even Cornell's desperate $50,000 reward for a verified sighting remains unclaimed after years. Why not make it a $5,000,000 reward? Wouldn't it be worth it to possibly save a species?  I wonder if Cornell U would pay on a Cuban Ivory-bill Woodpecker if any there survive?
Undernourished hopes are all we have that our collective conscience can avoid the stigma of having been on watch when these birds ended their existence. The deathwatch is agonizing.
Scientist postulate it would take a minimum twenty or so Ivory billed woodpeckers to repopulate the now regenerating forest.
If they are still hanging on: God help them and forgive us. 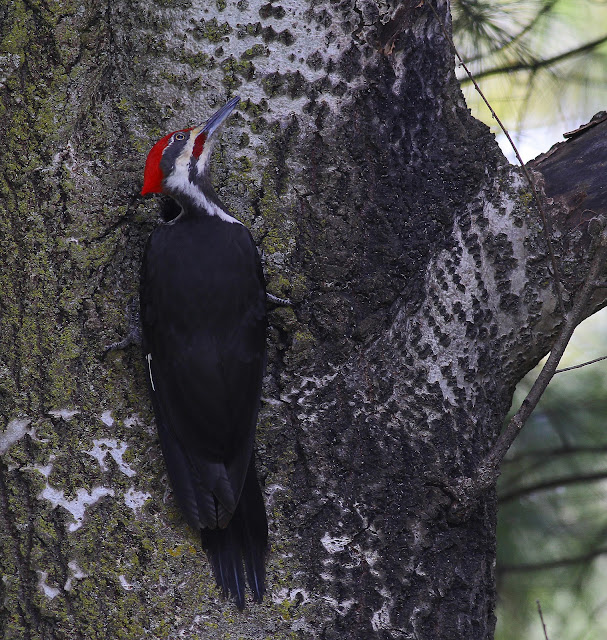 I was sitting on the couch, the window open, with camera in hand shooting front yard feeder shots when a male Pileated woodpecker landed in the maple tree. My eyes got as big as flying saucers. The prosperous Pileateds are less fussy about their old growth forest requirements than their unfortunate cousins, the Ivory-bills and Imperials were. This handsome bird came back around over the next day thrilling Suzanne and I with great looks and photographic opportunities.We never saw the female. Believe me, my camera was never far from my hand all weekend long.
Here's hoping someone in the Old South collects that 50 G's for a similar capture of an Ivory-billed very soon!

This is the home of World Bird Wednesday. A place for bird photographers from around the world to gather and share their photographs and experiences as they pursue Natures most beautiful treasurers, the birds.


You don't have to be a Bird Watcher or expert photographer to join in, just enjoy sharing what you bring back from your explorations and adventures into nature!

#1Simply copy the above picture onto your W.B.W. blog entry, it contains a link for your readers to share in the fun. Or, you can copy this link on to your blog page to share WBW. http://pineriverreview.blogspot.com/


#2Come to The Pine River Review on Tuesday Noon EST North America through Wednesday midnight and submit your blog entry with InLinkz.


#3Check back in during the course of the next day and explore these excellent photoblogs!


The idea of a meme is that you will visit each others blogs and perhaps leave a comment to encourage your compatriots!


Come on it's your turn!

Posted by Springman at 8:58 AM