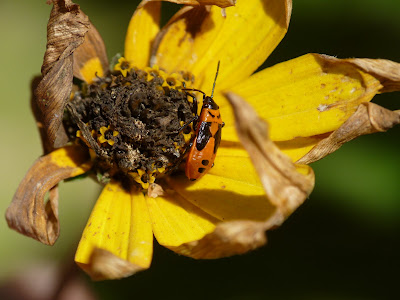 My old point and shoot Panasonic FZ20 camera is sadly giving up the ghost. I am loosing shots due to hot pixels, tiny bright spots on the pictures that are a sure sign of sensor failure. My new Panasonic FZ35 and Sigma 150 micro lens arrived this morning and as luck would have it, I had a free day to go "Bug-a-wugga." Loosely translated the term describes the public act of taking macro bug shots. Although I feel that I am theoretically performing a valuable artistic and scientific service I also understand that the act of capturing these shots looks totally absurd to the uninitiated, kind of like the exaggerated arm flaying power walkers employ. I lay on the ground peering into flowers one at a time or perch one legged on a log end, quickly improvising the scaffold I need to get high enough into the grape arbor to take the shot of the dragonfly that.......Ahhhhhh......hold steady......Just took off.... and I'm jumping off the log and running across the yard in hot pursuit until it lands again and I freeze all but motionless for minutes at a time taking picture after picture of an all but invisible bug on a twig, my body frozen in a contorted pose only a life long devotee of extreme yoga could truly appreciate.
Somewhere, lost in the double helix of my DNA, a switch has been flipped and I have become irretrievably consumed by the exploration of the microscopic dimensions via the camera lens.
My neighbors can not see the bugs, but they do see me. Let 'em think what they want, I know what I must do.    Bug-a-wugga! 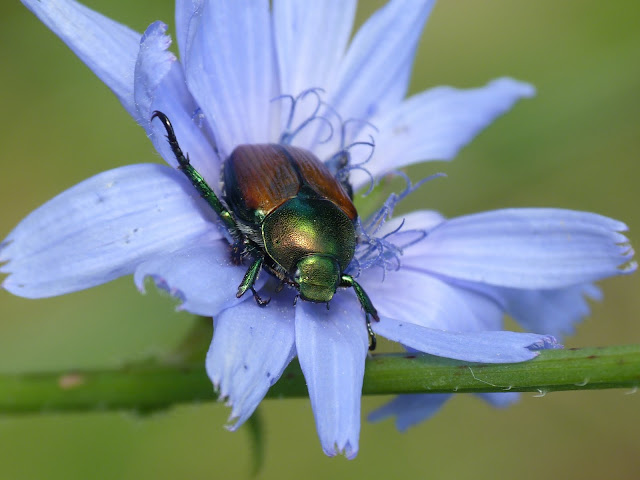 Did you know that with your cursor placed on the picture you can slowly double click your left mouse button to enlarge these images? Now isn't that cool? 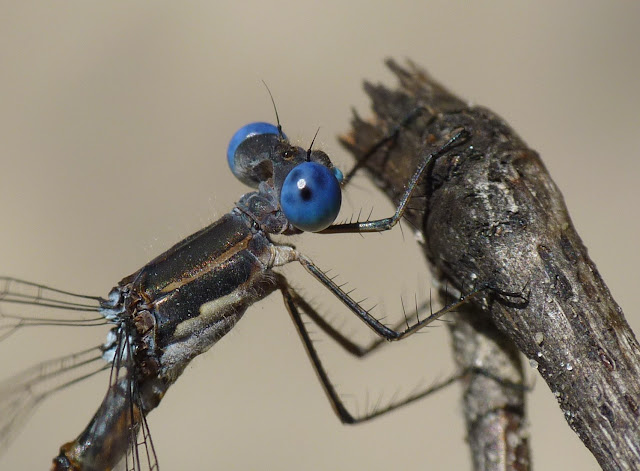 I've never been this close to a damselfly. It's amazes me how hairy they are when viewed at this resolution. 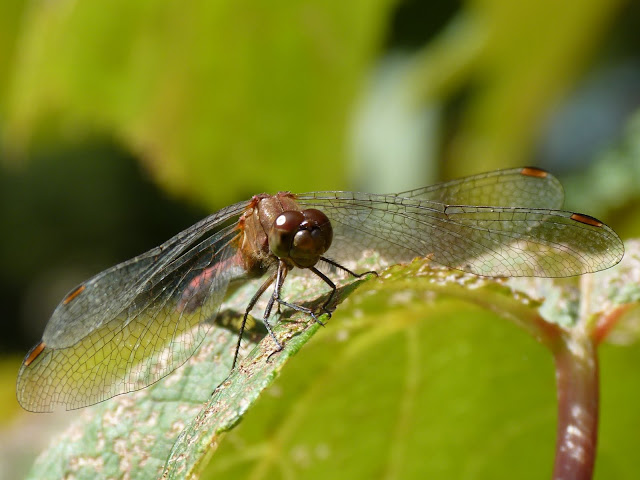 When afflicted with a passion such as this a new bug in the yard becomes an event with the power to make or break your day depending on whether you get a couple good shots out of the hundred or so you'll take. Enough of blogging I'm wasting daylight!

Posted by Springman at 9:43 PM