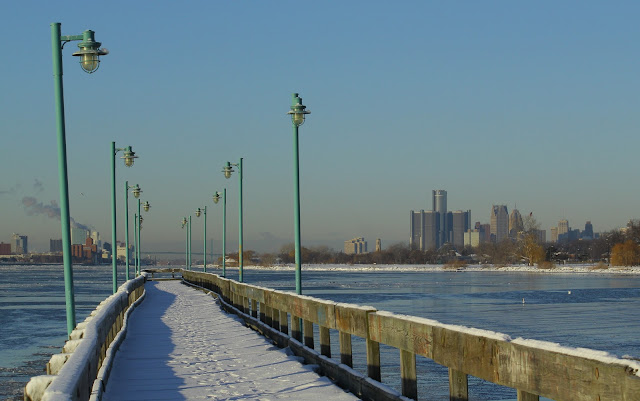 Winter has come early and hard this December. You are looking down the frozen Detroit river, the border between Windsor, Ontario and Detroit, Michigan. A lot of good Canadian whiskey bottled right over there on your left was whisked across the river to service the black market drinkers during prohibition era America. We had a little problem called the war of 1812 as well, when this natural highway became a shared boarder between England and the USA like it was before the war of 1812. The native Americans eventually got the Casinos that dot the landscape. Its been a  peaceful international border ever since!

Posted by Springman at 3:44 PM