Perceptions From a Lost Continent 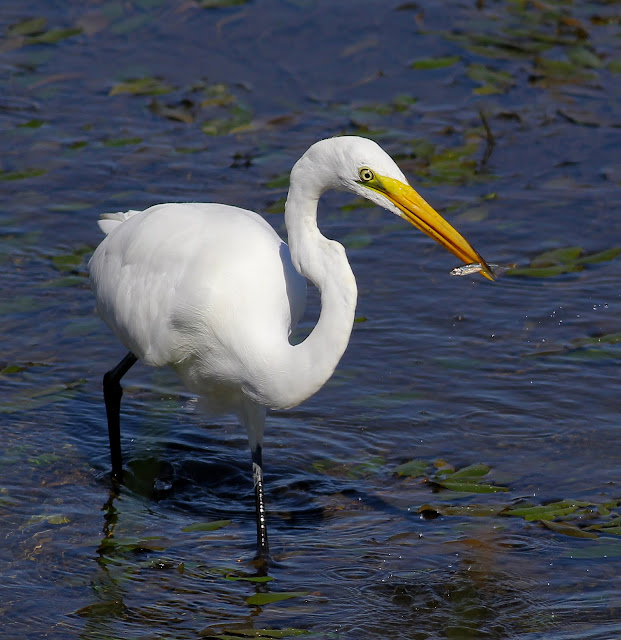 All summer long I have been out in the fields and wetlands scoping out birds to photograph. While I am always on the look out for the exotic, it is the ordinary residents of our estuaries that fill in the long droughts between between more remarkable sightings. It is a major part of the challenge of nature photography to capture a common species in a new light. Case in point, my old lovers, the Blue heron and Great egrets. The long and lean supermodels of Michigan swamps are everywhere prancing knee deep in the shallows with that quirky runway gate. I have reams of these stately, statuesque birds locked in stoic poses, but the captures I truly go gaga for are the victorious "fish-in-beak" shots. In the long swirling whirlpool off my photographic DNA I have been predisposed to taking picture after picture of these giant, frame filling birds when I probably should be spending the gift of my free time in search of rarer quarry.
I recently showed one of my prized Great Blue photos to a duck hunting pal and to my horror he tore at my heart with his quick cutting comment, "That is one hell of an ugly bird!"
He could have slammed the looks of my first born with no less effect. The fog of my loving gaze lifted and I could see what he meant; the long skinny legs, disproportionate beak, and the hot little coals it calls eyes may not be considered charming by everyone. I wanted to hurt him back with a sharp quip denigrating his beloved ducks but it was no use, my mind was shaken blank with this frank perception.
I suppose those beautifully lanky, near emaciated human supermodels might be worth a cautious, more dispassionate second look as well. Are they really so pretty or merely hanger thin stick figures disguising their structural oddities with luxurious plumage too?
I wonder! 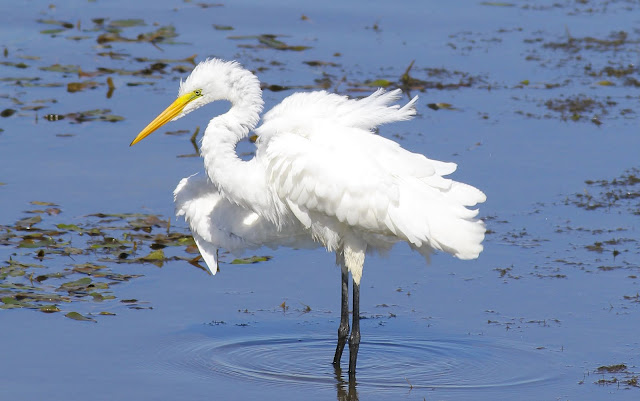 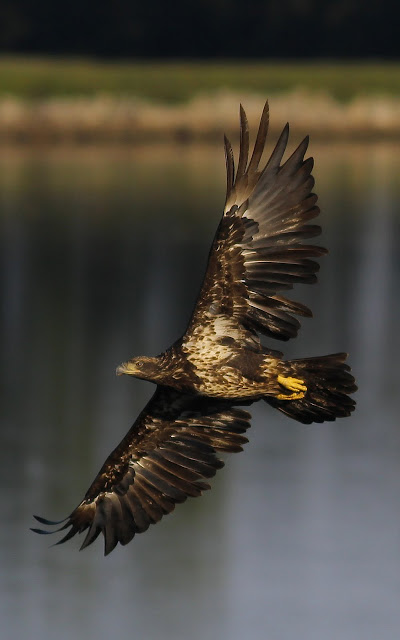 Most every evening I'm in Midland I'll stop over by the Eagle ponds to see if I can reel in a decent juvenile photo. Today I got lucky and managed to lock lens on Raggedy Ann, the roughest looking of the young eagles crowding the air. No rail thin supermodel here, just a rugged killing machine. Even given the advantage of my hilltop observation post these birds seem to materialise out of thin air and often give me a start. A distracted photographer would be easy prey for one of these ten pound missiles zinging in from the stratosphere. Go ahead, laugh at the thought, eagles hunting humans does seem preposterous, but the Polynesians who first inhabited the South Island of New Zealand had just such a horror to contend with. New Zealand was our planets only avian dominated mini-continent, here nature dealt a radical evolutionary wild card: only two types of bats accounted for the isolated islands entire population of mammals; no cats, no rats, no dogs, none of that nasty big brained behavior to compete with.  Bird life thus reigned supreme and flourished unhindered. Picture, if you will, tree covered mountain slopes giving way to vast Savannah valleys thickly populated with a variety of flightless birds topping out in shear size with the 400 pound 12 foot tall Moa bird.

The apex predator of this isolated world was Haasts Eagle, the "Tiger of the Sky," a massive airborne meat eater at least triple the weight of the Bald eagle. It was not so much a soaring bird as my local eagles are, the Haasts had a stubbier profile on it's ten foot wing span designed for flapping flight, propelling it through the tight forest canopy at speeds in excess of 50 mph. It's striking power was calculated to be roughly that of a cinder block dropped from an eight storey building. The length of it talons and ferocity of grip was on par with the Bengal tiger. While this bird was thought to be an example of aboriginal mythology by the first European explorers, modern DNA science has rendered ancient Maori cave drawings accurate, a man eating eagle did exist on the New Zealand Archipelago.
I kid you not! 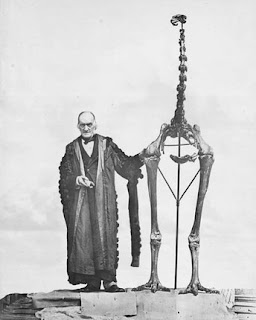 Bone specimen analysis indicate the Haasts kill move was a devastating one two punch. The giant Moa bird was dropped cold with a pelvis crushing body blow delivered with the first set of talons followed by a skull piercing head shot with the next. This aerial assault proved equally effective on human beings. The giant eagle would then linger over it's kill like an African lion. That's the privilege of being the apex predator, complete mealtime serenity.
I think you get the gruesome picture, man arrives on a lost continent H.G. Wells would have been proud to conjure, becoming a tasty new entree for the mighty Flying Tiger. Sad to say, the Maori oral history describing small humans being snatched up and flown away to feed hungry nestlings is true. Unfortunately for the Haasts eagle the Maori people adored feasting on the grazing Moa birds and their herbivorous ilk, hunting them into extinction. No Moa, pardon the pun. The doomed Haasts eagle, thought to comprise only 1000 pairs in the best of times, clicked lights out on New Zealand's fantastic lost world of the birds a mere five hundred years ago.

The BBC produced a little docu-drama about the man hunting exploits of the gigantic Haasts eagle, here is frighteningly realistic two an one half minute morsel of it for you. Safe journey! 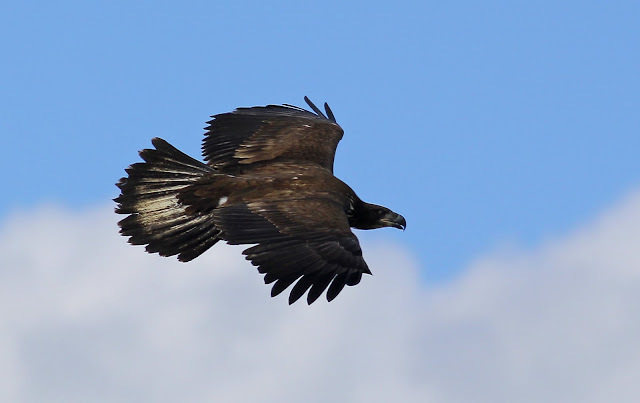 Thank you for your overwhelmingly kind response to my comments last week about the challenges facing the fire service in Detroit. I have read your thoughts again and again.
Our local TV news did a story on the visit Fire Commissioner Austin had at our engine house and I thought you might find it interesting as a follow up to last weeks post. Yes, I have a non-speaking role in it, about a two second shot at the table calculated to emphasize our aging man power before our young firefighting prodigy Perry rightfully dominates the screen! This is footage taken at my wonderful 112 year old firehouse where WBW is fussed over many a late night.
Click here to view news reporter Charlie LaDuff's informative video! 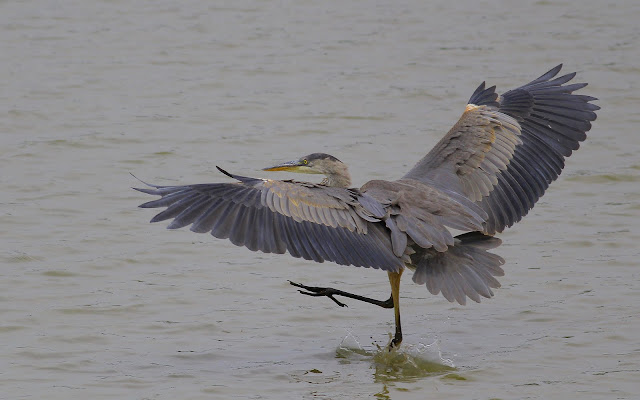 The idea of a meme is that you will visit each others blogs and perhaps leave a comment to encourage your compadres!
Please consider submitting one of your older "hall of fame" posts to a fresh audience.