The Fall of Summer 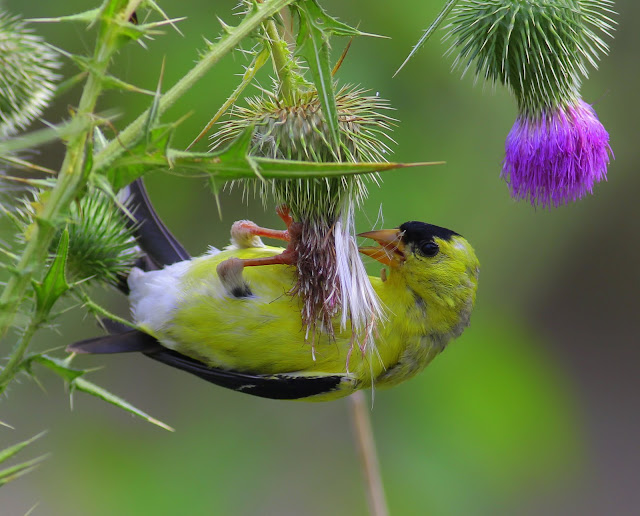 There came this week to Michigan, a little crack in Summers resolve to burn the world asunder. There is evidence everywhere that the issues separating summer and fall have turned chilly: Night comes more quickly now, the apples in our orchard are ripening, and Suzanne has already put up the first batch of jam from the early grapes.  The Harvest season is underway for the other creatures of the North country too. The thistle is blooming purple, and as it browns to seed, the molting Goldfinches are purposefully ripping the flossy pods to shreds. I am transfixed by their work as the white fluff flies. It is a messy job, a lot like being the Grape Jelly Master's humble assistant.
Getting a picture of the thistle harvest has proved to be more of a job than I would have anticipated. The first chance out I confidently gathered up a load of brightly illuminated, high sun shots, all defective it turned out by reason of poor resolution. Autofocus was useless, it's single minded electronics dithering with the high contrast, hodge podge tangle of sharp thorns and purple blooms. The twitchy yellow darts made a mockery of my high tech advantages for while I was seeing interesting pictures they were not in my camera at days end. Placing the focusing duties back into my own hands, on the third try, everything fell into place; in the fading light of a Canadian cold front, one of early Autumn's fanciful sights was preserved like the Concord grapes in Suzanne's Pine River jam! 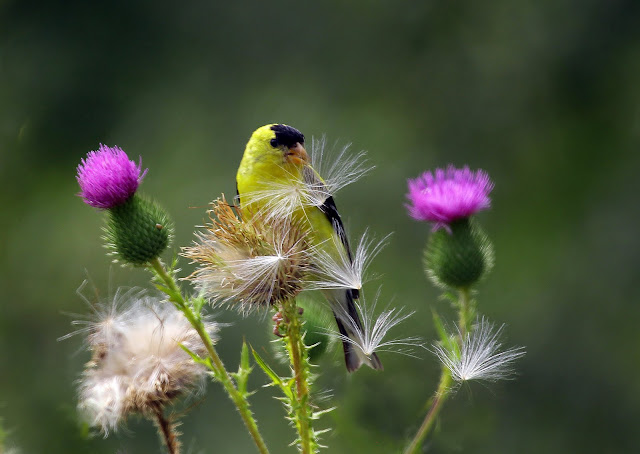 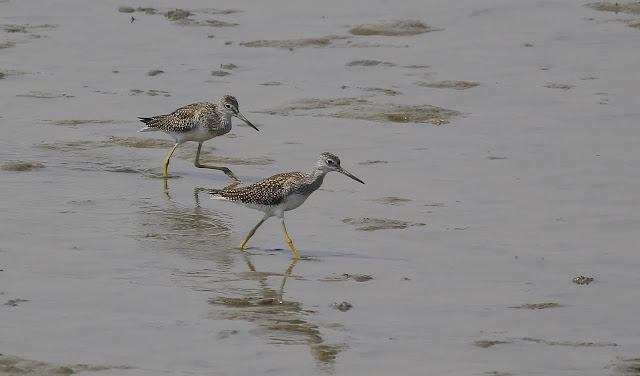 I was surprised to see a pair of Greater Yellow Legs poking their out sized beaks into the shallows searching for a good meal at Shiawassee Nature Refuge. A lifer for me, I debated as I rifled through my Audubon bird guide, was it a Greater or Lesser Yellow Legs? After much deliberation fretting through beak length issues, I finally settled my inner debate with a coin flip. Heads up determined it to be a Greater Yellow Legs. I did not practice science here.
I have a new secret weapon in my camera bag. I bought a polarized lens filter. It makes pictures look like your seeing them through your best sunglasses. I have to long been suffering from incessant beak glare! My local camera shop guy was amused this reasonably priced piece of gear had escaped my attention. When I buy expensive equipment I find it hard not to jump on Internet deals but for just about everything else, I buy local. It's fun to have the ear of a professional to discuss arcane issues with. I, in turn, can give the shop bound counter folk a heads up on the hot spots out in the field. A good example of one hand washing the other! 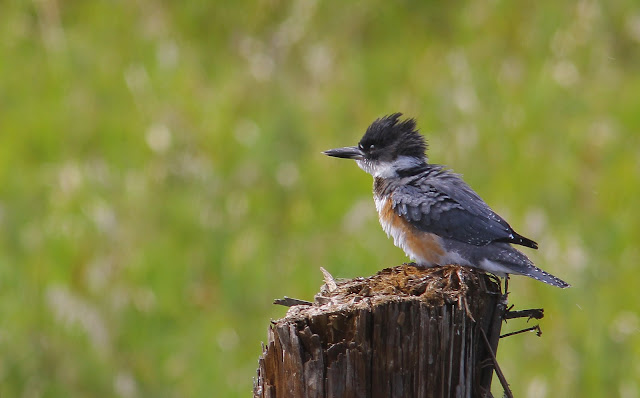 Going postal?
This disgruntled Belted kingfisher could be wearing the classic blue uniform of the United States Postal Service. This is not the guy I would intentionally come to blows with but the Kingbird (below) is willing to test wits with him. 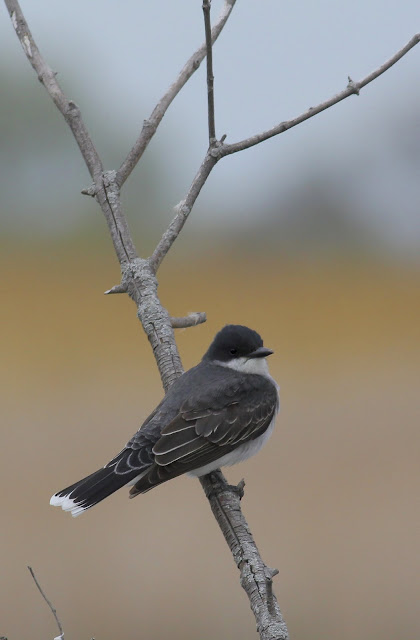 Fred T. Jencks writes in his memories from 1881:  "The Kingfisher had poised himself several times to look for fish, and was just moving to do so again as the Kingbird approached and attacked him. The Kingfisher is not a troublesome bird, and always minds his own business. He was entirely unprepared, and acted as though he could not believe that the other had any evil intentions, for he tried to poise again. The second attack seemed to undeceive him, and show him his enemy was in earnest. He vaulted and turned, vainly endeavoring to rid himself of his persecutor. He soon saw he could not save himself by flight and tried diving. As soon, however, as he appeared at the surface he attempted to fly, but the Kingbird, keeping up an incessant twittering, forced him to dive again. Two or three times this was repeated, both birds making considerable noise, until the Kingfisher seemed convinced that escape in that direction was impossible, so he sat like a duck upon the surface, and as his persecutor would swoop at him he would go under. This lasted for some little time, until even the Kingbird seemed wearied and flew away." 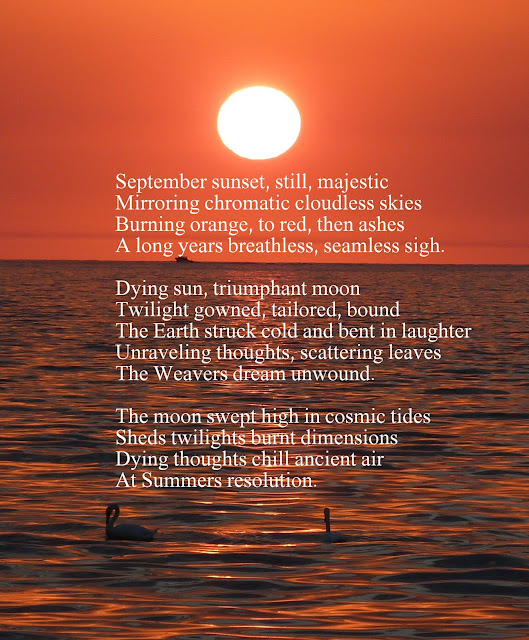 World Bird Wednesday will be open for posting at 12 noon Tuesday EST North America through midnight on Wednesday.

The idea of a meme is that you will visit each others blogs and perhaps leave a comment to encourage your compadres!

Please consider submitting one of your older "hall of fame" posts to a fresh audience.