An Eclectic Variety This Sunny Tuesday 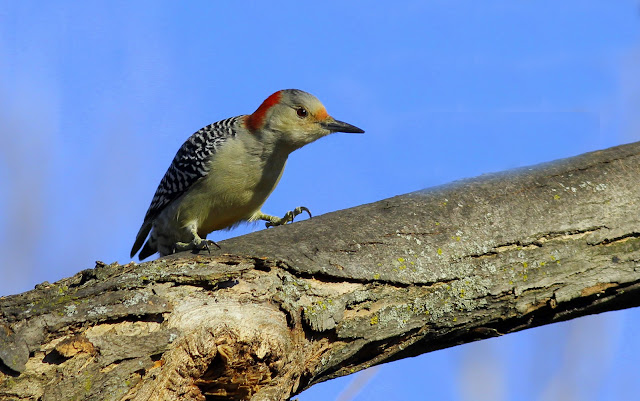 Here is a Red Bellied Woodpecker inspecting the great maple tree in my front yard. I have found woodpecker identification to be a bit perplexing. Certainly the little Downy and Hairy woodpeckers are nearly identical save the shape of their beaks and I could not understand the wisdom of calling the Red Bellied as such since I could never actually see a red belly on them. Not until today that is when I caught a good look, was fortunate enough to get a clear picture, and you know what? I can see a little faint blush on his breasts. At last I am informed.
Be sure to double click on this image as there is some nice detail to behold. 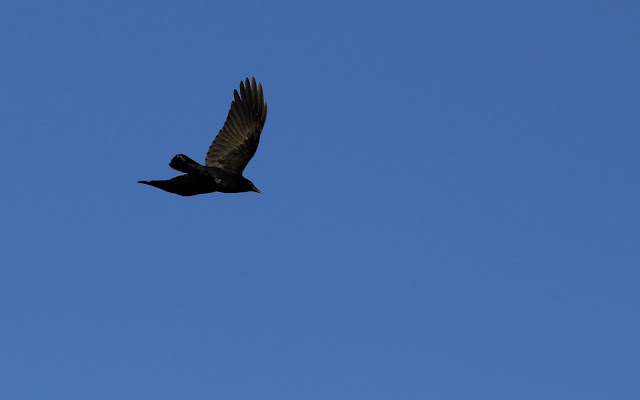 I was making the rounds this Tuesday morning seeing what was up in the air on this sun lit day. Over by the ponds things were quiet, just a couple pair of romantic ducks. A flock of crows flew by and even though I only had a 200mm lens at ready I practiced following the noisy fliers letting the auto-focus do its thing. 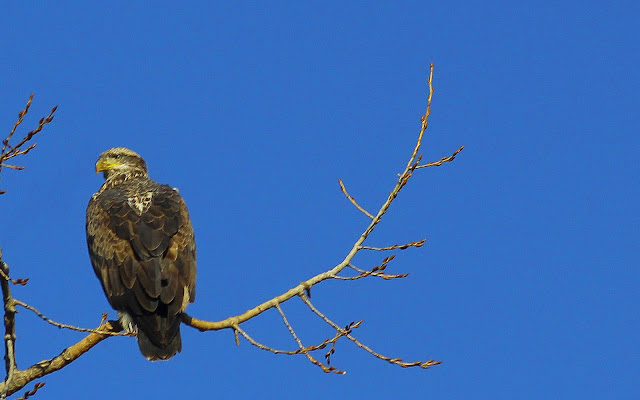 I was going to keep this for a surprise but I might as well let Grandma out of the trunk. I know where three immature bald eagles are nesting! I simply have not been able to get a good shot off to show you because they are on the property of a large corporation that employs an efficient private security force. Its like trying to get pictures of UFO's at Area 51. I sneak in, take a few nervous pictures, and head out before the choppers swoop in.  I actually have an out of focus shot of a Red Tailed Hawk diving in on this young eagle taken moments before I met the corporate police for the first time two weeks ago. This I do for YOU!

" It is easier to seek forgiveness than it is permission."