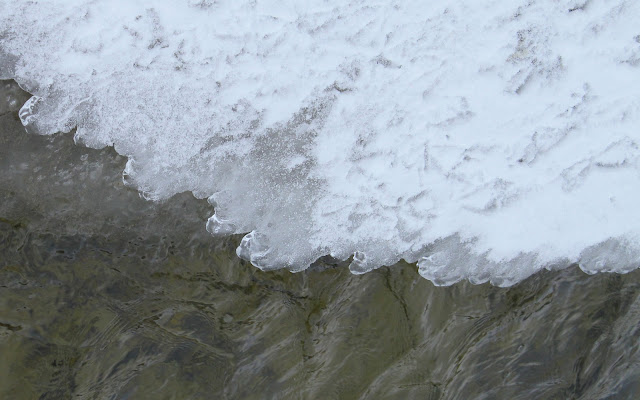 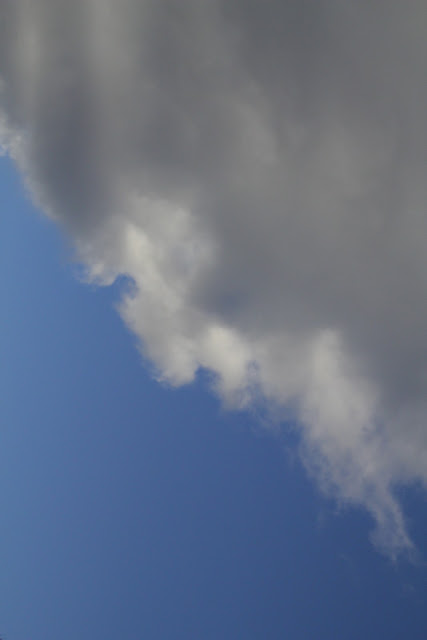 For two days a warm wet wind blew up from the Southwest, melted all the snow, and pushed the ice back from the banks. Briefly this morning the clouds moved out and the skies cleared. Now the temperatures are falling back from the mid-forties and into the teens. We have been waiting days for the sun to light up our world but when it came it lasted just a few short hours. Isn't it interesting how the ice/water edge mimics the cloudy/clear edge?  I am fascinated by borders, it seems so much hangs in their balance. Consider the edge of a saw or a splintered shard of glass. How different the character of the jagged edge as compared with its tedious middle. One cuts, the other conforms. Below lays an image of the Pine River still locked in ice but showing its edgy side. When the snow falls again all such troublesome nonconformity will smooth over and disappear  from our immediate concern. Spring is the next big thing coming down the pike but not just yet. It approaches at a speed of something less than one extra minute of daylight per earthly revolution. At this imperceptible pace we inch along toward the inevitable. 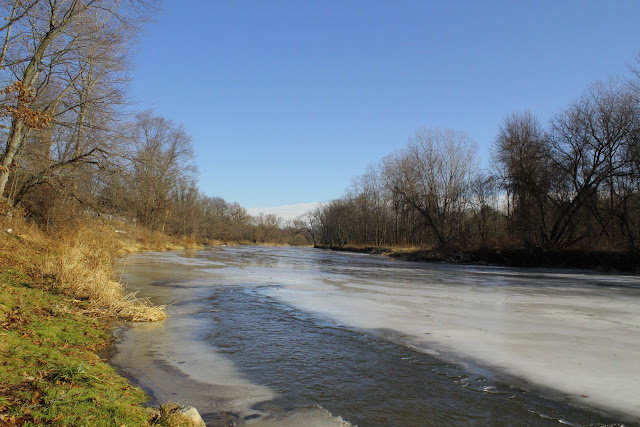 To the Thawing Wind

Come with rain. O loud Southwester!
Bring the singer, bring the nester;
Give the buried flower a dream;
make the settled snowbank steam;
Find the brown beneath the white;
But whate'er you do tonight,
bath my window, make it flow,
Melt it as the ice will go;
Melt the glass and leave the sticks
Like a hermit's crucifix;
Burst into my narrow stall;
Swing the picture on the wall;
Run the rattling pages o'er;
Scatter poems on the floor;
Turn the poet out of door.