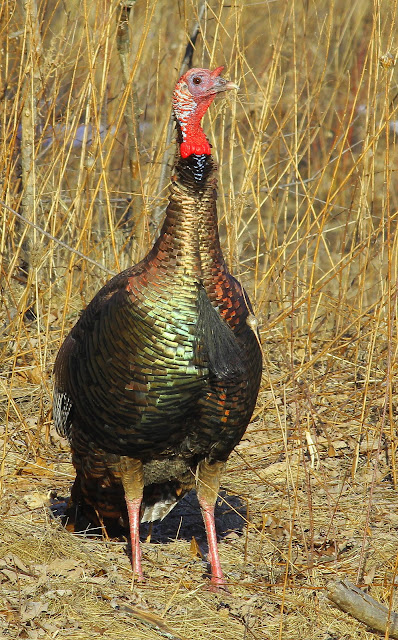 Here's a group of our fine feathered friends that I managed to focus my lens on this last week. These are driving around pictures, the product of randomness and having a ready camera laying on the front seat when opportunity knocked.
This wild turkey was in a group making their way across the road as Suzanne and I whizzed by in our little red Chevy. They were iridescent in the strong sun and quite spectacular. We stopped and I quickly ripped off a few shots trying hard to get between the sun and the turkeys to gain the light. Most of the pictures were out of sorts but this one caught a bit of the excitement before the rafter crossed Pine River Road and disappeared into the woods.
The Red-tailed hawk below was spotted along the motorway on a ride to Detroit. I had seen several along the way but couldn't pull over safely to get pictures. Finally bird and traffic connected and this raptor held long enough for me to roll the window down and snap a few chances. The eyes, however, were dark on the images I manage. This one  had a slightly different mirrored sunglasses look to the eye, sort of a terminator bird and so caught my fancy. 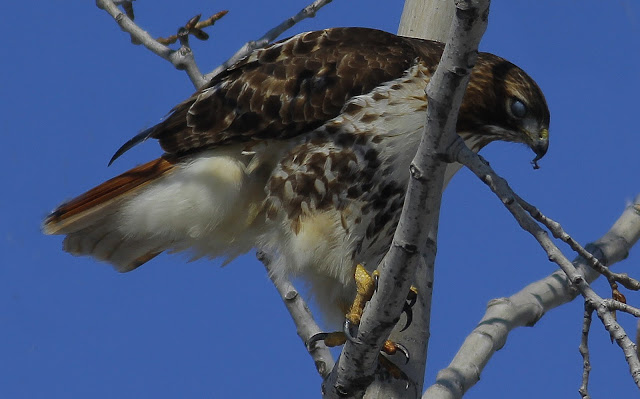 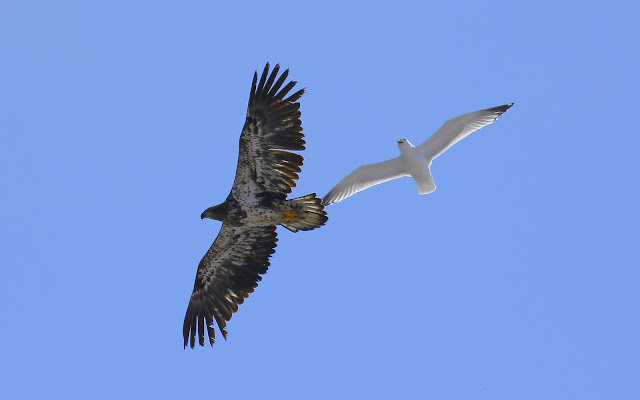 Over by Eagle pond a young Bald eagle left his perch to peruse the area for dinner. An aggressive gull didn't appreciate his airborne presence and rode him ragged until he fled.

Below we see the Kestrel I have been chasing. I know of three places he hunts and I stay sharp when I'm cruising those haunts just in case the gods smile! 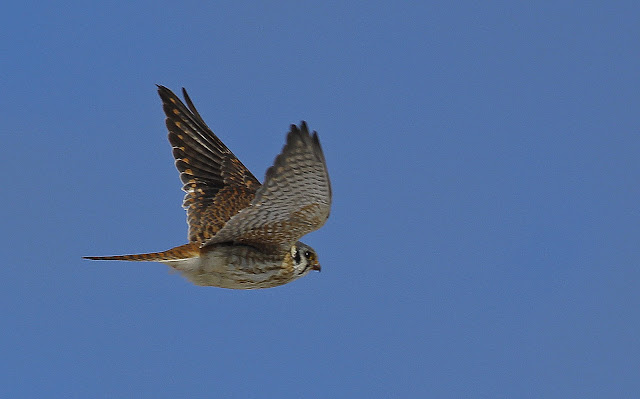